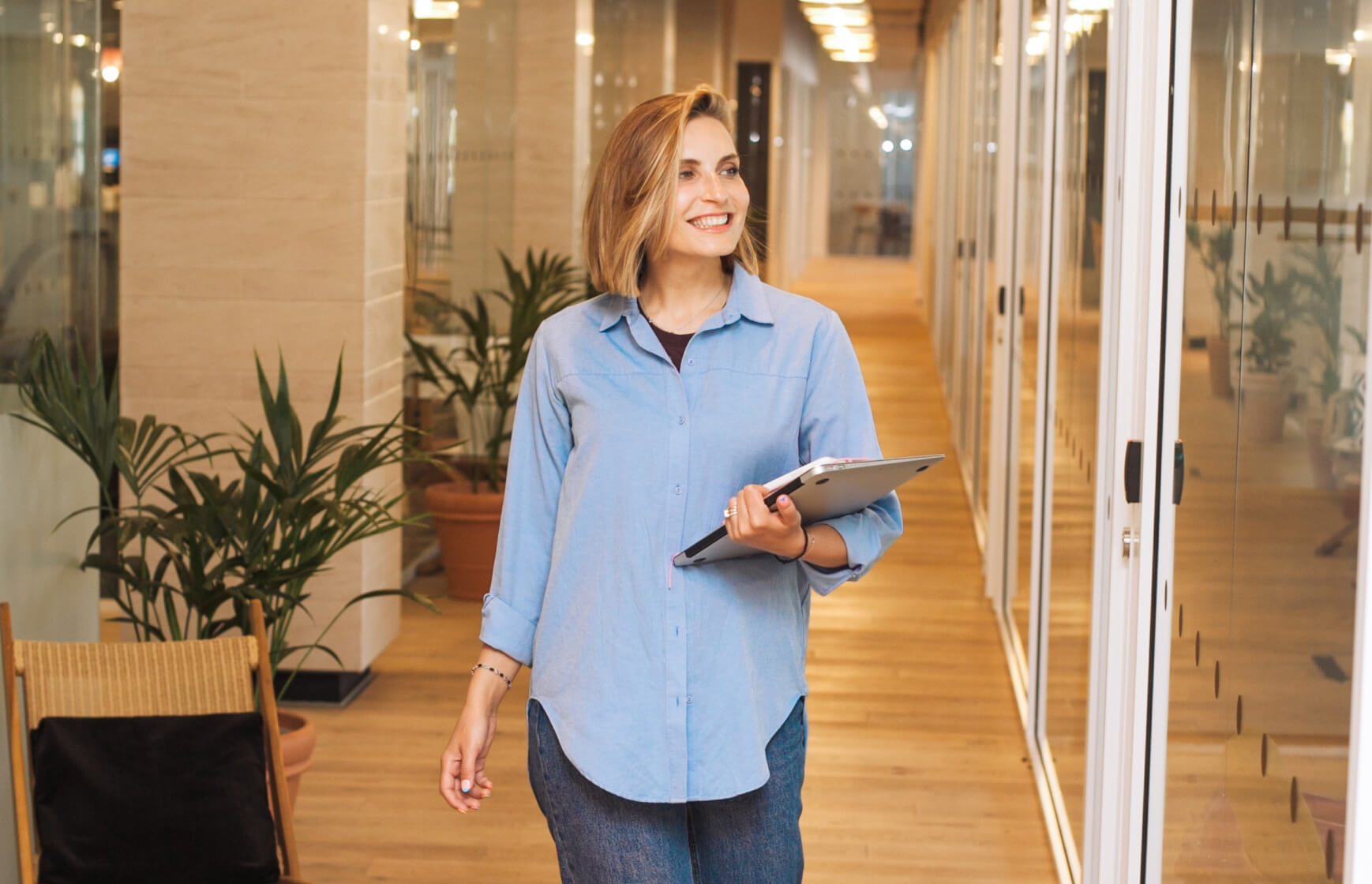 We launched Dux-Soup Turbo earlier this year and have been pleased with the positive feedback from nearly 200 users that have given it a go.  This positivism is due, in part, to the fact that we invested time in looking at the most requested features from our current users and then built this into the new product.

This has the benefit of creating the opportunity to integrate your preferred growth hacking techniques on LinkedIn with other systems that are commonly used in marketing and sales such as CRM or email marketing, as well as other social media platforms.

I’m really pleased to see that the we’ve caught the eye of the user community. We’re seeing blogs, video and other content being created by our users that highlight what they think of the new features in Dux-Soup Turbo.

I previously highlighted that Gino Taselaar has written a ‘playbook’ for using Dux-Soup for lead generation. We’ve had great feedback on his approach to automating your LinkedIn outreach strategy to generate new leads.

He’s now written the sequel.  Think of it as how Empire Strikes Back was to Star Wars – developing the key themes and giving you more of what you want – a better way to generate leads on LinkedIn. The playbook is titled:  How to Get Leads for Your Event on Autopilot With Dux-Soup Turbo.

What’s more, this is just the first part of a set of three playbooks from Gino. These are invaluable resources that you should check out.

This first playbook looks at how you can use Dux-Soup Turbo to:

·       Automatically build, nurture and track a list of prospects

·       Use an integrated connection strategy - including advertising on Facebook and LinkedIn

The playbook uses the example of a campaign to generate an audience for an event costing 850 Euros. That means you need to find and engage with a serious audience that is willing to spend money in return for attending the event.  There are only 10 delegates allowed to keep the event small and interactive.

Oh, and by the way, you have 4 weeks in which to do it and not a lot of time.

The first step is to use LinkedIn Sales Navigator to start building the list of potential delegates.  The profile that we are looking to target will be enterprises rather than small businesses as they are more likely to have a training budget.  Another key criterion is that the delegates must be local to the venue for the event.

Gino recommends targeting 2nd and 3rd degree connections - people we have not been in contact with before.  Filtering on a company headcount of 200+employees weeds out all the companies that may not have the budget to pay for such an event.

The funnel example that Gino uses is a brilliant way to structure your campaign as you can see what type of marketing activity is required at each stage.  Once you know that, you can automate it!

The playbook sets out a simplified funnel:

1.     Visit the prospects list that we defined above on LinkedIn so that they get a notification that we have been on their profile (note at this point, we are not messaging them or sending connection requests)

2.     Create custom audiences on LinkedIn and Facebook and show awareness adverts for a period of two weeks

3.     Add prospects to your LinkedIn network with a connection request

4.     Once a connection has accepted the request, that’s when you can send them a follow-up message notifying them about the event

What I found most interesting about this approach is when we actually start inviting the prospect to the event.  You can see that it’s not until stage 4 of our funnel.

This is a critical part of the overall approach that Gino recommends.  Don’t go in with a hard sell.  By warming the prospects up with a lighter touch, you have more chance that they will be receptive once you do want to talk to them about a specific proposition.  This will increase conversion and response rates.

The rest of the playbook goes into detail as to how you can automate as much of the prospecting process as possible.  As Gino says, this way you will ‘have more time left to spend on closing deals and enjoying life’.

The playbook shows how you can use Dux-SoupTurbo in combination with Zapier to link it with a CRM system to keep track of all of the leads.  The principle of connecting a CRM can be applied to many CRM systems such as HubSpot, Salesforce or Nimble.  This makes it suitable for a wide range of companies.

It is important to have one central system to be able to keep an overview of your automation efforts, as you can lose focus quite fast when you begin prospecting at scale. Your CRM will help you to tay focused on the leads you should be focused on!

What I really like about this playbook is that it answers a question that we get from people who are looking to achieve a tangible return from LinkedIn lead generation – namely how do I do more than just build a network?  This guide shows you how.

The playbook messages will resonate with many readers – in particular the core tenet that you don’t move too early when it comes to getting your audience to follow your call to action.

You can download the playbook for free and pick up a one-week free trial to Dux-Soup Turbo.  I’d be interested in hearing your feedback on how you are prospecting and whether you have enjoyed any success with creating a sales funnel that uses LinkedIn automation that is extended to connect with a CRM system.

Handle your entire sales pipeline, track your performances, and in the end, close more deals.

Name of next article

February Quacks
Automation tricks to smash your LinkedIn goals in 2023
The best LinkedIn automation tools – tried and tested
How to A/B test with Dux-Soup
January Quacks 2023
Is your LinkedIn profile attracting or repelling your ideal client? 5 profile tips for 2023
Send festive greetings to your LinkedIn connections with Dux-Soup
How to convert your LinkedIn connections into customers in 4 easy steps
December Quacks
Dux-Soup: the benefits of upgrading from Pro to Turbo
Scaling your content for SEO traction
Dux-Soup LinkedIn automation: What’s the right plan for you?
Dux-Soup & Make: Automating LinkedIn lead gen workflows
November Quacks
The LinkedIn Networking Strategy for SaaS
Test Dux-Soup API with Postman
October Quacks
5 winning strategies to beating your competitors to the deal
The easy way to triple your LinkedIn leads
How to build the perfect database from LinkedIn
How to book over 100 sales appointments a month using LinkedIn and Dux-Soup
September Quacks
7 Marketing automation tools GUARANTEED to fill your sales funnel
The LinkedIn nurture sequence that achieves an 85% response rate
August Quacks
Using a VPS to manage multiple LinkedIn accounts
LinkedIn features; Dux-Soup functions: Will van der Sanden on LinkedIn automation’s hottest topics
July Quacks
How agencies can use LinkedIn automation to generate and increase their revenue stream
Dux-Soup for LinkedIn Recruiter
5 InMail Tricks that are getting HUGE results
June Quacks
How to increase sales online
How to get emails from LinkedIn
May Quacks
May Quacks
1st-degree drip campaigns with Dux-Soup
April Quacks
Enrolling prospects into campaigns
Effective LinkedIn lead generation strategies for 2022
Transferring messages to your CRM
March Quacks
Automated lead generation - killer hacks you should be using in 2022
Dux-Soup Launch New Free Trial
February Quacks
Maximize your lead gen strategies by upgrading your Dux-Soup account from Pro to Turbo
Blacklisting and Skipping profiles when automating campaigns with Dux-Soup
What to expect from Dux-Soup and LinkedIn in 2022
January Quacks
Using Dux-Soup and Raspberry Pi to help manage multiple LinkedIn accounts
Scaling LinkedIn automation for multiple accounts, with Dux-Soup and Amazon Lightsail
How to go from 0 to 350 sales appointments in 3 months
How to create smart LinkedIn lead generation campaigns
December Quacks
LinkedIn profile visiting: A Dux-Soup guide for beginners
Lead generation lingo - understanding the basics
November Quacks
Pipedrive, Dropcontact and Dux-Soup Turbo:Combat LinkedIn’s connection limits with these marketing tools
Get Dux-Soup savvy, with founder, Will van der Sanden!
How to improve your lead gen, with the latest Dux-Soup updates in Integromat
October Quacks
Data Accuracy: The key to generating your Sales and Marketing pipeline
Dux-Soup Affiliates and how to become one!
Bypass the connection limits with Dux points
Improve your lead gen, with the latest Dux-Soup updates in Zapier, including new actions and triggers
September Quacks
Want HUGE business growth?? Create a ‘one-to-one-to-many selling system’, and create millions!
Why Dux-Soup powers lead generation in the Hyrise sales academy
Writing connection request messages that don’t suck!
Dux-Soup Revisit Data Tool
August Quacks
Dux-Soup Tricks - building a campaign with the power of the widget
Growth Hacking 101
Dux gives Hyrise a Headstart!
July Quacks
How to integrate Dux-Soup with Zoho CRM
Dux-Soup & HubSpot - integrating LinkedIn lead gen with your CRM
LinkedIn messaging best practices for real world outreach
Dux-Soup flies high with brand relaunch
June Quacks
The best lead gen strategies of 2021
‘You've reached the weekly invitation limit’ – message from LinkedIn
What lies behind the Dux curtain?
How to Improve Your Lead Generation Process: 5 Killer Tactics
How to use explainer videos in LinkedIn outreach strategies
Running Multiple LinkedIn Drip Campaigns with Dux-Soup
April Quacks
Dux-Soup & Salesforce: How to create a lead generation powerhouse
Dux-Soup Pro – the top 7 benefits
What can we learn from a growth hacking guru?
Part 3: How To Get Leads For Your Event On Autopilot with Dux-Soup Turbo
Using LinkedIn Automation to help build links for SEO
Shhh - tell no one. Automated lead gen is a secret to keep to yourself
March Quacks
You’ve Made the Connection - What’s Next?
LinkedIn lead generation that converts
LinkedIn Growth Hacks - Part 3: The Future
Using LinkedIn Lists with Dux-Soup to boost your lead generation
Using Dux-Soup Turbo to set your LinkedIn lead generation to autopilot
Recruitment: Using LinkedIn to crush the competition

Thank you!
You have been subscribed.
Oops! Something went wrong while submitting the form.