Play the Ultimate Duck Quiz! But look out for the fool! 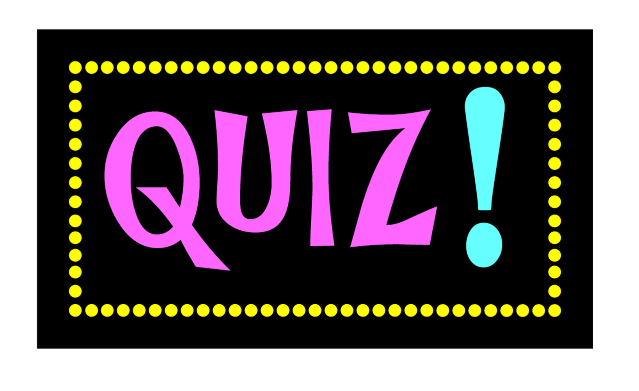 Even though the name Dux-Soup might be at odds with this* - we promise that we absolutely love ducks!

So, to celebrate April Fool’s Day 2020, and bring some fun into the world, here’s a quick duck quiz.

See how many ducks you can name and spot which one is the made-up fool!

Email eve@dux-soup.com with your answers (including which question number is the made up duck) for a chance to win a limited edition Dux-Soup T-shirt! Plus make sure you include your answer to the bonus question #11 too!**

*We’re called Dux-Soup because of the phrase ‘as easy as duck soup’, not because we like eating ducks in soup!

**Entries close midnight PDT on Monday 6th April. The winners of 5 x Dux-Soup T-shirts will be selected at random from correct entries. Suggested names for the Dux-Soup duck will be published on the Dux-Soup Facebook pages.

Question 1. This cartoon duck character was created in 1934 by Walt Disney Productions. He typically wears a sailor shirt and cap with a bow tie. He has appeared in more films than any other Disney character, and is the most published comic book character in the world!

Question 2. This character was produced by Warner Bros and was one of the first of the new "screwball" characters that emerged in the late 1930s to replace traditional characters who were more popular earlier in the decade, such as Mickey Mouse and Popeye.

Question 3. This duck is the star of a literary fairy tale by Danish author Hans Christian Andersen. The story is loved around the world as a tale about personal transformation for the better. The story has been adapted to be an opera, musical, and animated film.

Question 4. Anyone growing up as a child in the UK in the 70’s and 80’s will know this duck. He was a famous puppet often used by the ventriloquist Keith Harris and was named after Orville Wright, the first man to fly a plane.

Question 5. This domestic duck of the Aylesbury breed is the star of a children's book written and illustrated by Beatrix Potter. It was first published in 1908. The tale was a retelling of ‘Little Red Riding Hood’ and the book is still hugely popular over a hundred years on.

Question 6. This Marvel character was portrayed by Ed Gale and voiced by Chip Zien in a 1986 film adaptation and appeared in the film Guardians of the Galaxy and Avengers: Endgame.

Question 7. Who can forget the duck in ‘Friends’. After seeing chicks on television, Joey decides to buy one for him and Chandler. This leads to fights between them, so they decide to take it back, but end up adopting a duck too instead.

Question 8. This ghoulish duck is the star of a British animated comedy horror television series – it only aired for four series (and for only one in the US) but has gained legendary status even so!

Question 9. This duck hit the US Billboard charts in the 1950’s with a song entitled, ‘Bird Blues’. He appeared twice on the Tonight Show starring Johnny Carson. After being retired he saw out his old age on a farm in Pennsylvania.

Question 10. This duck has been the official mascot of an American insurance company since 1999. He is an American Pekin duck known for frustratedly quacking to unsuspecting policy holders. The duck was created by an advertising agency based in New York City, who realised how much the company's name sounded like a duck's quack!

Question 11 - BONUS!. And of course – we can’t leave without a mention of our own Dux-Soup duck! Created in 2017 by founder Will van der Sanden, the Dux-Soup duck is a symbol of growth hacking and smarter lead generation the world over!

‍Bonus question! What would you call the Dux-Soup duck? Email eve@dux-soup.com with your ideas for a name and we’ll publish the best ones on our FB page!

Save 50% of your time on recruitment, using Dux-Soup with LinkedIn Recruiter. Learn how to scan, visit, send connection requests and enroll LI Recruiter profiles into Dux campaigns

Learn how to use InMail messaging with Sales Navigator or Recruiter to bypass LinkedIn limits, scale your outreach and get more leads.

With tips on the best marketing tools, simple ways to create email lists and expert strategies on achieving 85% response rates from your outreach - June Quacks has it all!

Revive your marketing strategy with this 6-step approach to success - and learn about the tools that help you get there - Marketing guru Gaurav Sharma shares his secrets.

Email marketing is STILL one of the most effective marketing strategies. Discover how Dux-Soup can help you get emails from LinkedIn and scale-up your led gen efforts.

Packed full to the brim with expert advice on all things lead generation - this month's Quacks covers customization, 1st-degree drip campaigns, InMail hacks and much more!

We take an in-depth look at the best LinkedIn automation tools on the market right now (because we know we aren't the only one out there).

Are you looking to create a 1st-degree drip campaign using LinkedIn automation? it's easier than ever with our Dux-Soup easy-to-follow guide! Read on to find out

Awesome new Dux features, a guest webinar packed full of tactics for successful online growth and LinkedIn lead gen strategies you should be using in 2022 - all that and much more!

Welcome! You are now signed up to the DUX blog.
Oops! Something went wrong while submitting the form.
LinkedIn features; Dux-Soup functions: Will van der Sanden on Linkedin automation’s hottest topics