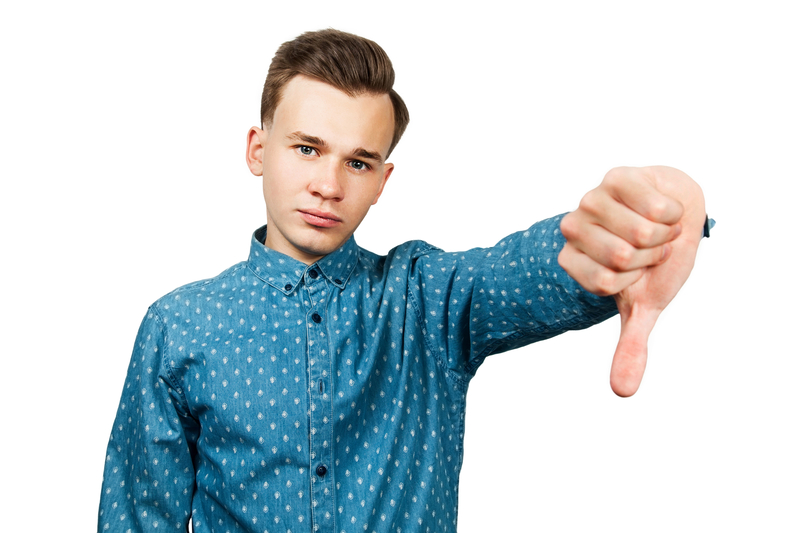 LinkedIn Hacks that’ll come back to bite you

In Part 1 of this series, I wrote about the best LinkedIn growth hacks that work brilliantly right now!

In Part 2, I want to talk about growth hacks that seem to work, but will eventually come back to haunt you. These negative consequences will come from either your network or from the LinkedIn algorithm.

But first I want to tell you a story…

Where do all these bad growth hacks come from?

Remember when ‘broetry’ became a thing...

“Broetry” = posting long posts on LinkedIn consisting of one-line-paragraphs about how you overcame a personal tragedy and tagging the people who helped you - a.k.a. posts that looked like poetry (because of the loose sentences) and tagging your “bro’s” (who were very often conveniently chosen people with a big network). Bro + Poetry = Broetry.

These posts almost always went viral.. And that got people’s attention, which caused a lot of people to copy it...

People said that you should always write only one-sentence-paragraphs.

People said that you should always start with a tragic event and then build up to a success story.

People said that you should always tag as many people as possible in your posts.

But that’s not how it works.

In part 1 of this blog series about LinkedIn growth hacks that do work, I explained how the LinkedIn algorithm works: it wants people to be as active as possible on the platform. LinkedIn’s North Star Metric is literally ‘Monthly Active Users’.

Why did the ‘broetry’ work and why did the LinkedIn algorithm stimulate it so much?

Not because it liked the short paragraphs, the tragedy or the tagging part of broetry.

It worked because the content was easy to consume for the users, other users appreciated someone’s openness and they interacted with those stories.

Learn from these hacks… Don’t just copy them.

This is just an example of when people are too focused on quick ways to make more money, and when that happens ‘growth hacks’ appear and a growth hack is a bad thing.

Wait what… Growth hacks are bad?

Yep, I’m a growth hacker, but I do confirm that growth hacks are bad.

A growth hack, as in a ‘quick way to grow exponentially’, isn’t really helping your growth.

Looking back at broetry, people said that writing ‘the LinkedIn Algorithm likes one-line-paragraphs’ or ‘tag as many people as you can’ - OK initially… but those hacks won’t fix a boring post.

A growth hack often just works for now and dies when the algorithm of that particular platform notices the abuse. The best 'growth hacks’ are the underlying signals behind those temporary growth hacks, like ‘easy-to-read content helps to bring your message across’ or ‘personal stories can work on LinkedIn as well’.

From that point on, you should test whether something keeps working and build upon that power.

In this post, I’ll point out a few of those growth hacks that have worked for a while, but will hurt your performance in the (near) future.

Engagement pods are group chats where you canshare your newly published post and ask people to like/comment on it.

This tactic is based upon the plausible insight that LinkedIn judges a post in its first hours or first interactions. If it performs well with a small group, then it will probably also work well in a bigger group and then LinkedIn starts to boost your post.

Do you really think that a billion-dollar algorithm is not able to see that?

Even with an easy, free tool like Google Analytics, I can see where people are coming from. Just think of that ‘Direct’ traffic that is coming to a site, or possibly even literally states a referring source like the URL of your engagement group.

I honestly can’t believe that LinkedIn would let itself be fooled that easily.

LinkedIn (just like any other social media company) does its best to fight back on those kinds of tactics that are trying to trick the algorithm. We have already seen how LinkedIn does its best to block software tools that were violating LinkedIn’s terms

I would love someone to bring in the data to see how engagement pods are working. (At this moment of writing, I am working on researching the effects of several LinkedIn growth tactics. I promise to share it on my LinkedIn profile when it happens!)

Yes, you can safely automate your LinkedIn,but you should be aware that there is a limit.

One of the people who has been able to totally unlock the LinkedIn algorithm is Josh Fechter. He’s seen as one of the inventors of the ‘broetry’ style of posts which I mentioned before and had grown his LinkedIn to 25 million views in just 4 months, and he was credited by the LinkedIn Engineers blog as the reason why they had to change their algorithm (because his posts kept going viral).

Next to his awesome posts, he also grew his network to 70,000 followers and then…

LinkedIn doesn’t want its users to be bothered when using LinkedIn. Then people would start to leave the platform and that’s why they’ve set up their terms of use: to make sure that people use LinkedIn in a natural way.

Josh Fechter had started to use automation tools to an extent where LinkedIn didn’t want to accept it anymore. That’s why they banned him.

You can use automation tools and lots of these automation tools are also actively helping you to not get banned. But tools that don’t respect the terms of LinkedIn will also get blocked from LinkedIn, look what happened to LinkedHelper and Meet Leonard who got blocked in August of this year.

Don’t automate your LinkedIn to an extent where you’re going too far. LinkedIn doesn’t like it, but other people also don’t like it.

I think everybody is able to recognise a LinkedIn message that’s just too polished or just isn’t really personal. And no… just adding {{first name}} doesn’t cut it anymore.

Automate your LinkedIn in a way that you can still be personal and that LinkedIn doesn’t have a reason to ban you.

Dux-Soup is one of the tools that I recommend without any hesitation, since they’re on the good side of LinkedIn with their automatic settings, settings advice and fair use policies. And their developers are able to make the tool undetectable to LinkedIn, so you won’t get punished.

In June of this year, LinkedIn made it possible to invite your connections to like your page. We already know this feature from Facebook pages, but since it was new to LinkedIn lots of people jumped on top of it.

I don’t know how you guys experienced it, but I got 5 to 10 invites per day from companies that I’ve never even heard of and aren’t even interested in the content of my feed, like cleaning companies or IT service providers.

This is a perfect example of how LinkedIn is much more customer-centric now. They’ve cut the feature within just a month or two, due to the serious abuse of people for spamming their network with these invites.

(Last week, I saw a post on my feed that the feature was slowly coming back and LinkedIn is trying to make it work… let’s hope that everybody holds back a bit this time.)

Why do I mention this as a ‘bad’ growth hack?

Well, firstly it was obviously annoying to other people, which is why LinkedIn killed it.

But secondly, I also believe that LinkedIn is following the lead of Facebook in this. For Facebook, their business pages were a huge factor in companies starting to advertise on their platform.

Here is the clue:

Once businesses really started to see the impact of using Facebook as a marketing channel… Facebook started to tune down their organic reach, so they were nudged towards promoting their posts and trying Facebook advertising.

I think that we will see the same happening on LinkedIn soon, but there might be another reason why business pages aren’t going to be a big traction channel.

People do business with people, not businesses.

You should use LinkedIn on a personal basis to really use it to its fullest potential.

Next week I'll publish Part 3 of the series: What will be the next big Growth Hacks on LinkedIn?

Stay tuned for the third blog in this series of LinkedIn Growth Hacks, where I will show what the next big growth hack will be within LinkedIn. This way you know what option to look out for.

P.S. Are we already connected on LinkedIn? https://www.linkedin.com/in/wardvangasteren/ (Yes, this is a real-life example of one of the good Growth Hacks from blog #1 😉 Use it wisely and I’m looking forward to getting connected!)

About the Author: Ward van Gasteren

Ward is one of the first Growth Hackers in Europe. He works as a Growth Hacking Coach, coaching startups, scale-ups and corporates on implementing growth hacking into their business. Showing them what is holding them back, changing their culture and training their employees on the latest skills. In his spare time, he loves to share his knowledge on his growth hacking blog to bring growth hacking to the masses.